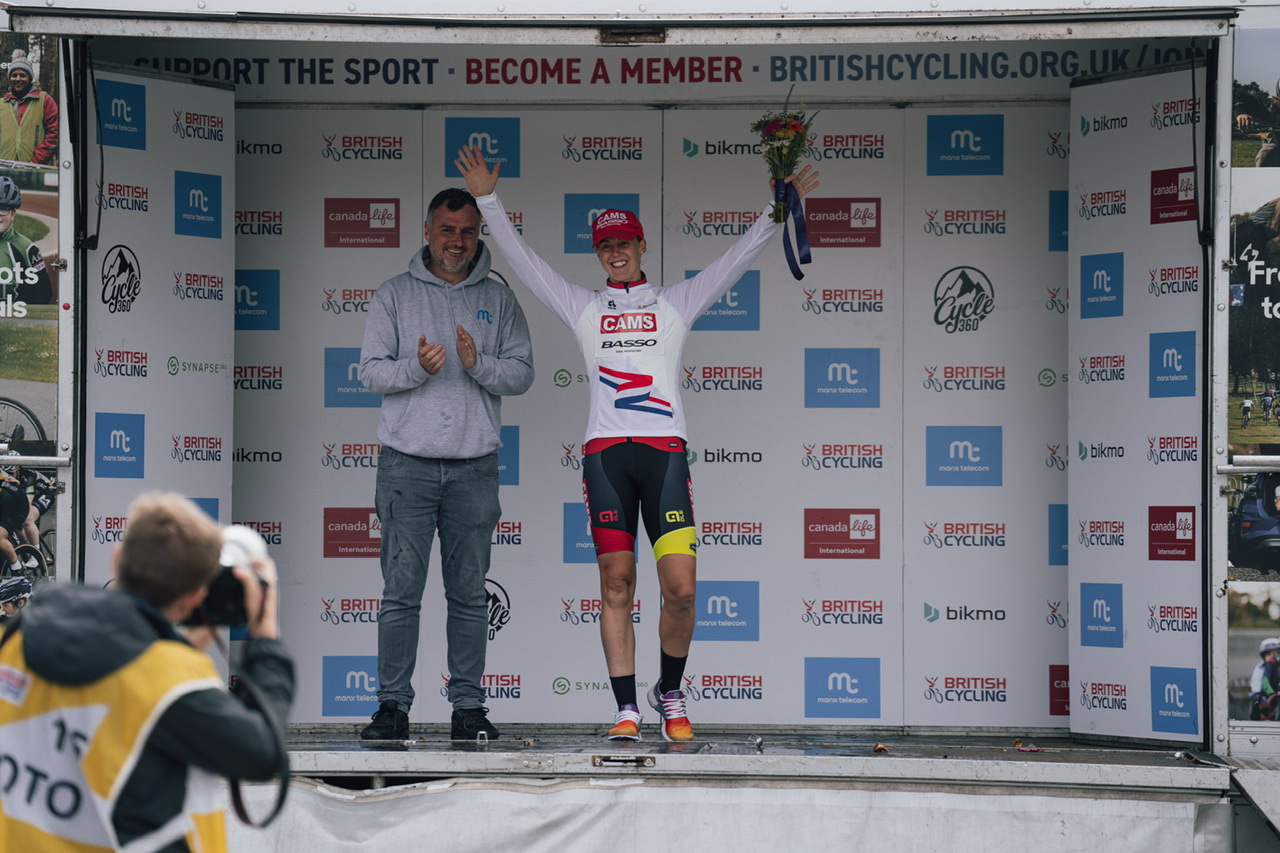 The Isle of Man brought all the elements and a top weekend of racing which saw a class team performance from CAMS-Basso. After four tough stages, Sammie Stuart finished 3rd on GC and took home the points jersey. Stuart now leads the National Series and the team has extended its lead in the team standings. 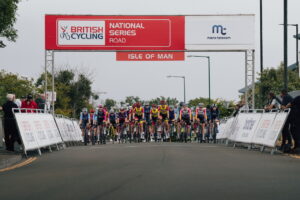 Challenging conditions faced riders in the 2022 Manx Telecom International. The stage race started well for the team, with a dominant display in the Stage 1 kermesse. It was fast and furious racing of the style that a number of the team recently experienced in Belgium and used to their advantage.

In the final straight Stuart launched her sprint early and broke clear from the bunch with Emma Jeffers, who squeezed Stuart out on the line for the win. Behind Stuart, it was 3rd for Jess Finney and 4th for Danni Shrosbree. Finney also swept up points at the primes throughout the race to take the lead in the points competition. 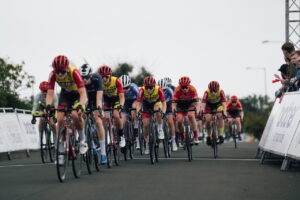 With Finney in the points jersey and Stuart sitting second on GC, the team was confident going into Stage 2. With winds blowing across the 2.6km airfield loop, echelons formed. Unfortunately a crash just before the intermediate sprint saw Shrosbree come down, which ended not just her chances in the stage with a big split in the peloton, but also ended her race.

In the closing laps the remainder of the team moved to the front of the race to position well for the finish. Stuart made her move and was narrowly beaten on the line to take another second place. Finney was our next best placed rider in 13th, plus Katie Scott and Emma Matthews both finishing in the main bunch. The points jersey stayed within the team and passed seamlessly from Finney to Stuart. 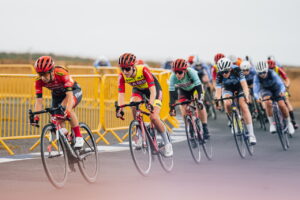 Stage 3 was a 10-mile road bike time trial in wet and windy conditions. A storming ride by Stuart saw her finish the stage in third and move up to second on GC. Scott also impressed with a top 15 finish.

Stage 4 saw testing conditions for the hilly road race. Thick fog at the top of Snaefell mountain reduced visibility and riders were also exposed to driving rain and gusty winds. Finney was in an early break, which was reeled in just before the ascent of Snaefell.

With the main peloton heavily reduced, attacks then began and blew the race apart completely. Stuart found herself in a group with Lucy Lee from Team LDN-Brother UK and they worked together to limit their time losses to the eventual winner and keep their GC podium hopes alive. 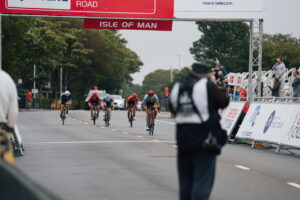 Simon Howes, Team Manager reflected on the team’s performance, “It was a great three days of racing. Having closed roads for all four stages made for really safe racing. I was very happy with all our racers’ performances throughout. The only unfortunate circumstance was losing Danni after the stage 2 crash, which affected our hopes for a stage 4 result.

“Despite that, we achieved all that we set out to do. Most importantly we achieved our main goal, which was to retake the national series individual leaders jersey which Sammie now holds.”

Scott and Matthews put in consistently strong performances in support of their teammates across all four stages, which saw them both finish well inside the top 20 on GC. Sophie Thackray, who is still returning to racing following Covid, also impressed during the race, with top rides in the first two stages and a solid TT. 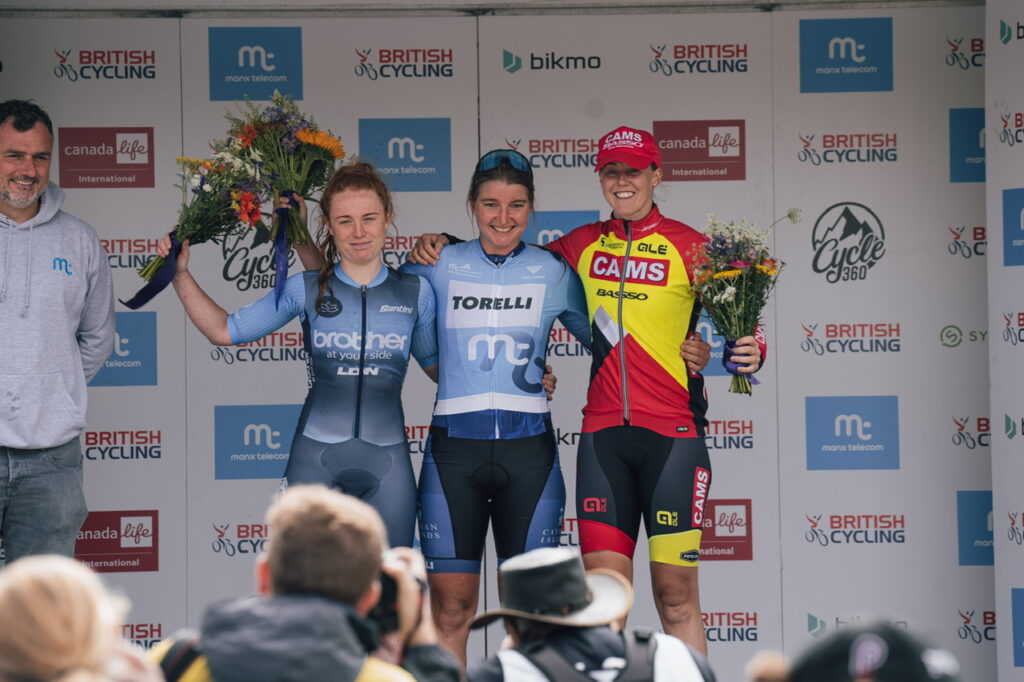