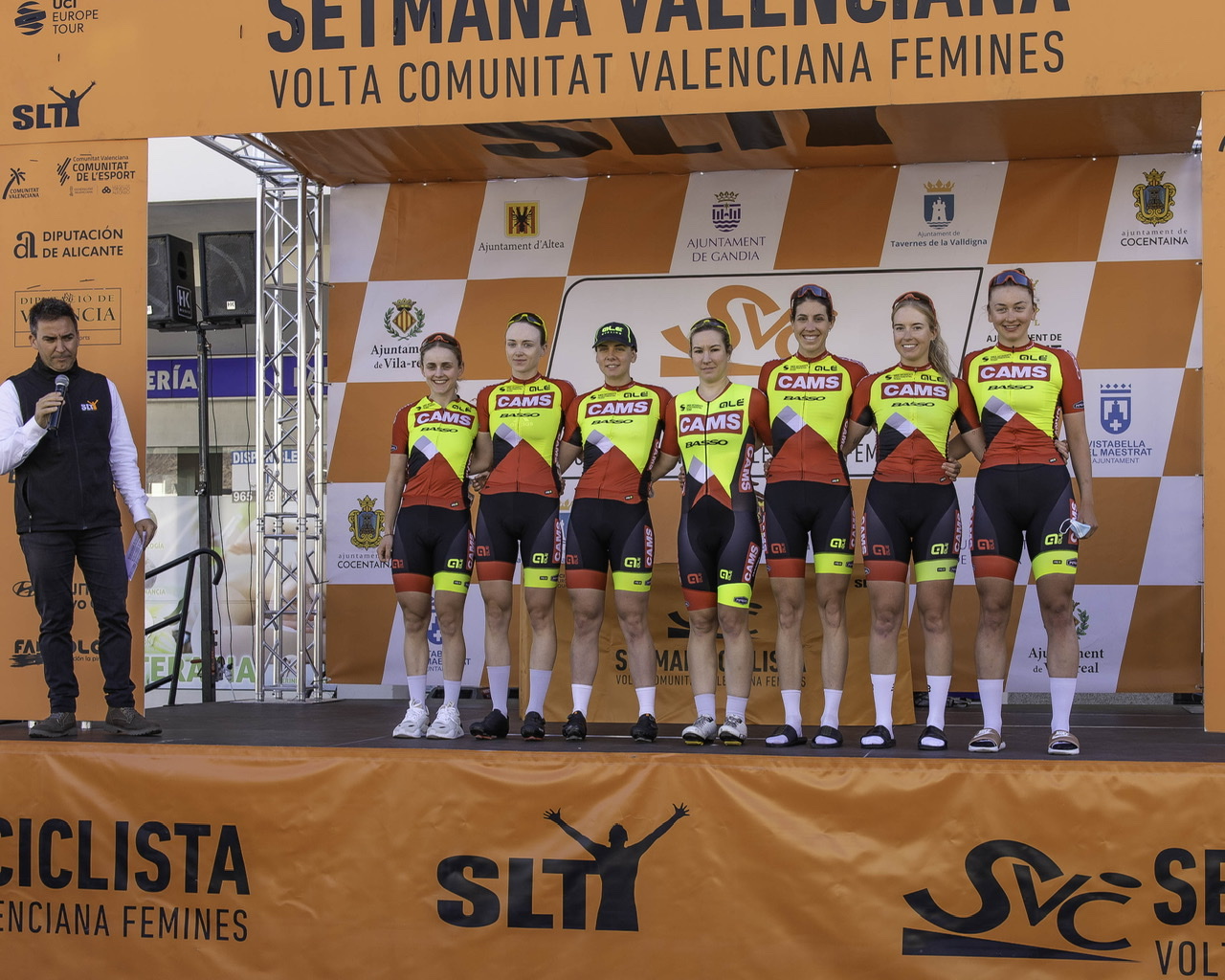 Stage 2 Turns up the Heat

The heat was on in Stage 2 of Setmana Ciclista Valenciana. The 117km route from Altea to Cocentain included the cat 1 climb of Alto Confrides straight out of the blocks. Our predictions of an attritional start to the race came true as the peloton started to splinter early on the climb under the glare of the Spanish sun. 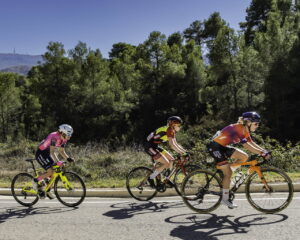 Becky Storrie, who made it over the top of the climb in the main bunch commented, “The stage was harder today than our recce because it was hotter. The big 20km climb at the start was a baptism of fire and the front of the peloton ramped it up towards the end of the climb. It just got harder and harder.”

After the reduced peloton crested the QOM, the attacks and counter attacks came thick and fast, further splintering the bunch all over the road. We caught glimpses of our bright Alé kit on the live feed, including scenes of Storrie cresting the QOM and Hayley, Meg and Danni working hard on the front of their group.

Only the final attack of the day from eventual stage winner Ellen van Dijk of Trek Segafredo, and Soraya Paladin from Canyon Sram, managed to stick. Although there were tense moments as they were almost caught by the speeding bunch in the closing few hundred metres. 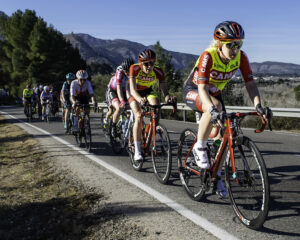 Simon Howes, Team Manager, gave his reactions after the stage, “Wow! Tough, tough, tough! It was a very hot day, super sunny, and we went straight up a mountain. The race split quickly into small groups and it was tough for all the riders, but also good for them to get some excellent race miles in their legs. Becky did great, she jumped forward from one group to another, which made her final position a lot higher than it would have otherwise been. The rest of the team also did really well, fighting all the way, including Maddie who never stopped and made the finish within the time cut off.”

Storrie commented on the decision to bridge across to the group in front during the race, “It was Simon (Howes). I was already on the limit as I hadn’t drunk or eaten enough, and I was off the back trying to find someone to ride with when I looked up and could see the convoy at the top of a little climb up ahead. I realised they weren’t that far away, so Simon was motivating me to dig deep and catch them. It took longer than I thought it would, but I eventually made it over to them. By the time I got there I was on my limit so I sat in and recovered as much as I could, then stayed with the group until the finish.” 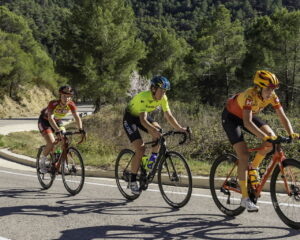 The day wasn’t without casualties sadly. “Unfortunately we lost Jess and Katie today,” commented Howes, “which just shows what a hard race this has been.”

Scott, who had been suffering with back pain since stage one, said “After a good massage yesterday I was hoping for the best today. Unfortunately the pain in my back returned about halfway through the stage. Camp was really good so I was hoping to be in one of the top groups in this race, but I just had to listen to my body and I think that stopping was the best decision. It’s a long season ahead.”

Tomorrow is the queen stage, purported to be the toughest stage in the race’s history. We’re over halfway now and the team is pumped to start stage 3.