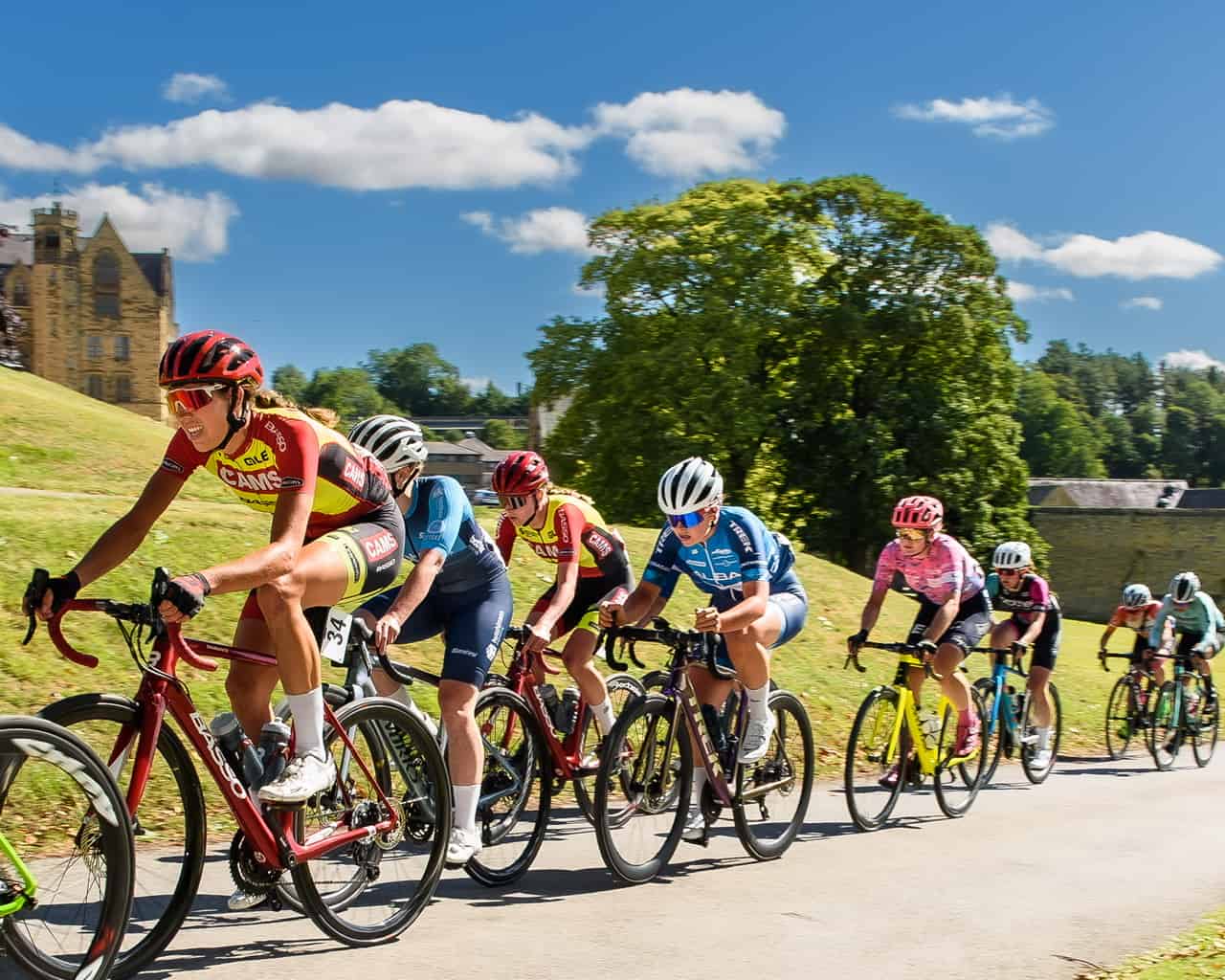 The penultimate round of the National Road Series saw Danni Shrosbree finish third and Sammie Stuart retain the Series leader’s jersey on a successful day for CAMS-Basso. 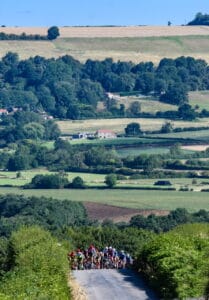 Sunday was the Ryedale Grasscrete Grand Prix. With a team including Stockton GP winner Jess Finney, Lincoln GP winner (and 2nd at this race last year) Becky Storrie, and series leader Sammie Stuart, we were confident lining up at the start.

For the first few laps the race stayed together, but it wasn’t long before the attacks started. The whole team was vigilant at the front of the peloton to make sure nothing was able to get away.

Then it was our turn to go on the attack, with Emma Matthews opening up a gap that grew to 30 seconds. The bunch behind had started to splinter as the chase was on and as Matthews began the penultimate lap, she was pulled back in by a group of ten other riders, which contained Shrosbree and Storrie. 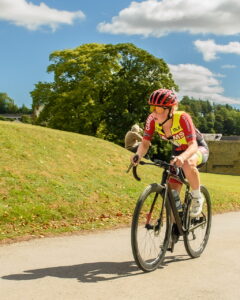 Local rider Matthews commented, “I really enjoyed this race on my home roads. I broke away at the top of Yearsley Bank when the whole peloton was still together and relaxing a bit. A small group caught me on the next lap and the race went from there. I suffered a bit of cramp during the last couple of laps so couldn’t help the girls much in the finishing stretch, but they did amazingly. I’m loving every moment of being with this team. It’s amazing on and off the bike!”

On the final lap, Women’s WorldTour rider, Abi Smith, of EF Education Tibco-SVB soloed to victory. Behind a group of 11 fought it out for the rest of the podium places with Shrosbree sprinting to third. A great result for her in her first race back after crashing during stage two at the Manx International stage race last month. 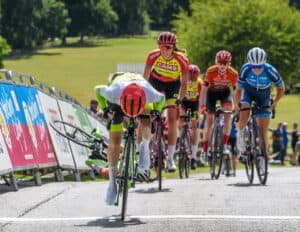 “Ryedale was a good day out for the whole team,” said Shrosbree. “The first couple of laps stayed quite controlled but as soon as the moves started going, we were all there to follow. Our aim was to get a podium and maintain Sammie in the leader’s jersey, which we achieved so it speaks for itself in terms of how well we rode as a team. Ryedale hills never get easier, but I was super happy to get on the podium and once again loved racing with the other girls.”

Also in the front group were Storrie who finished 6th, and Matthews who finished an impressive 10th. It was a quieter race for Stuart, who was disappointed with her performance despite retaining her place at the top of the series standings. “It was my worst race to date,” she says honestly. “But I’m counting my lucky stars! The team really looked after me this weekend for which I am super thankful. And I’m delighted to still be in the leader’s jersey going into the final round of the series.” 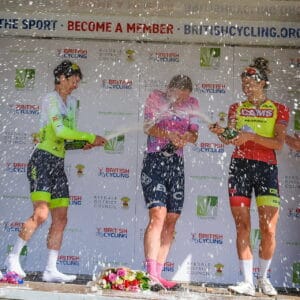 It’s close at the top of the individual standings with just eight points separating the top three riders. It’s all to play for in the final round at the Curlew Cup on 18th September. Finney, Storrie and Shrosbree are also in the overall series top 10. Meanwhile CAMS-Basso has an unattainable lead in the team standings.

We are in action again this week in Italy at the Giro Della Toscana Internazionale Feminile, our first time at this stage race. 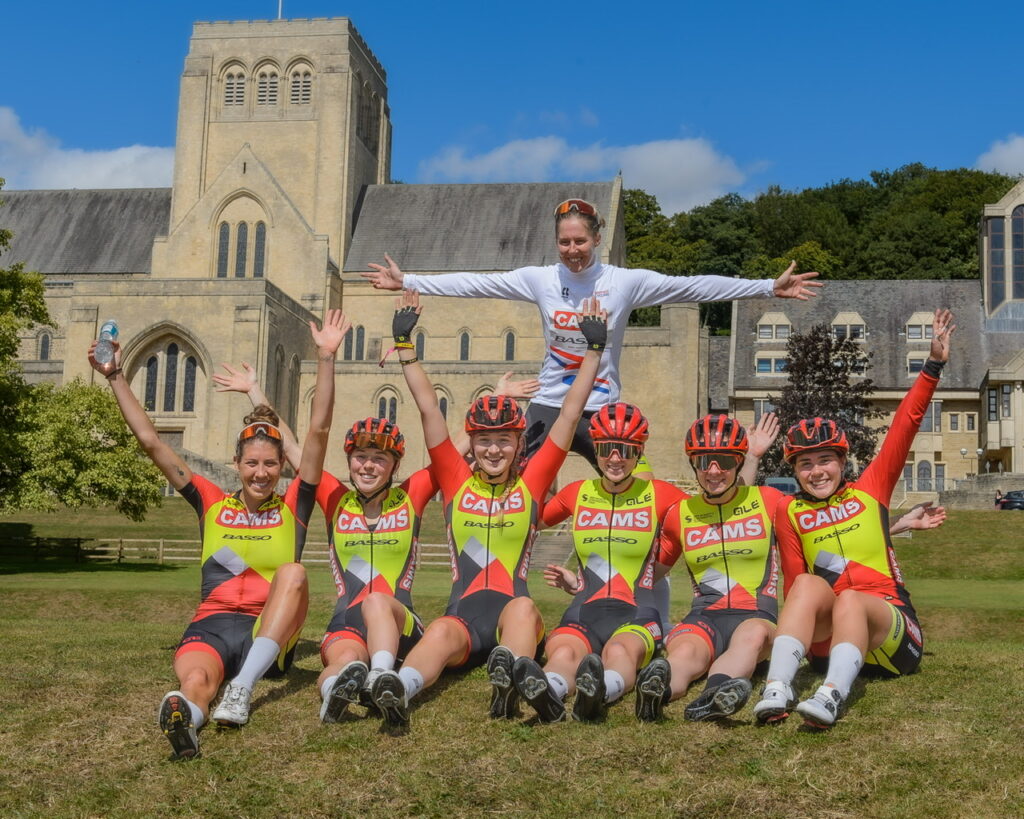