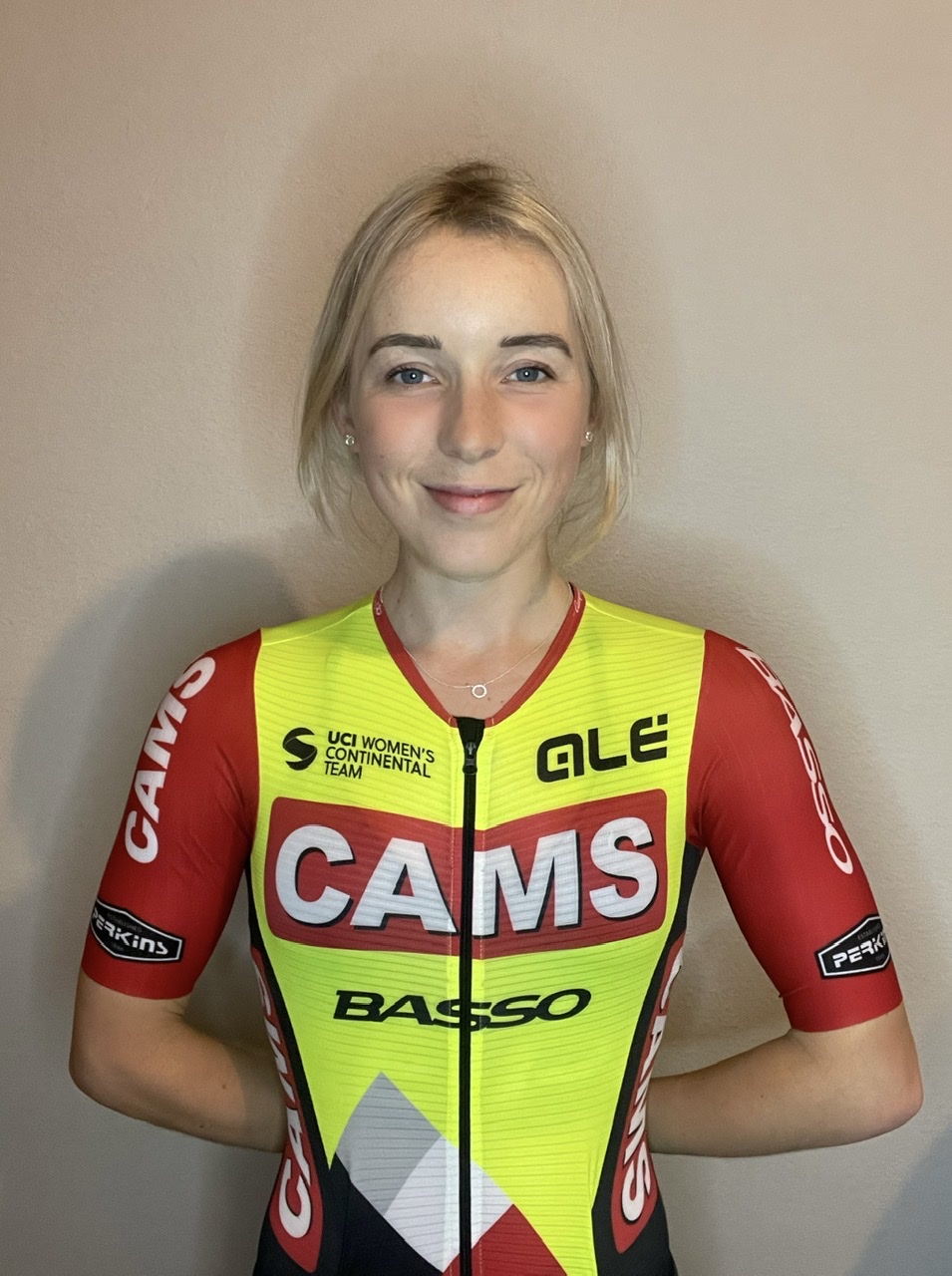 CAMS-Basso announced today the signing of Emma Matthews on a two year contract. Matthews has impressed the team management with strong early season results and will begin riding for the team from 1 June.

Team Manager, Simon Howes, stated, “What’s exciting for the continued development of the team is that Emma is the first rider in our history that we’ve offered a contract longer than a single year.

“Emma contacted the team over the winter. With very little racing experience we felt jumping into a UCI team wouldn’t be of benefit to her. We’ve continued to follow Emma’s results, which have been impressive. So alongside our long list of injured racers, we feel now is a good time to add Emma to our roster.”

Matthews, who loves climbing, only began racing towards the end of 2021 after many injuries sustained whilst running. Cycling was always a form of cross-training for her and since she began racing, she hasn’t looked back.

Matthews results speak for themselves. She came 8th at the recent Lincoln GP, won both the Braes GP and came 6th in the first round of the Tour Series in Guisborough.