Illi Gardner blog: Hill training and Queen of the Mountain! 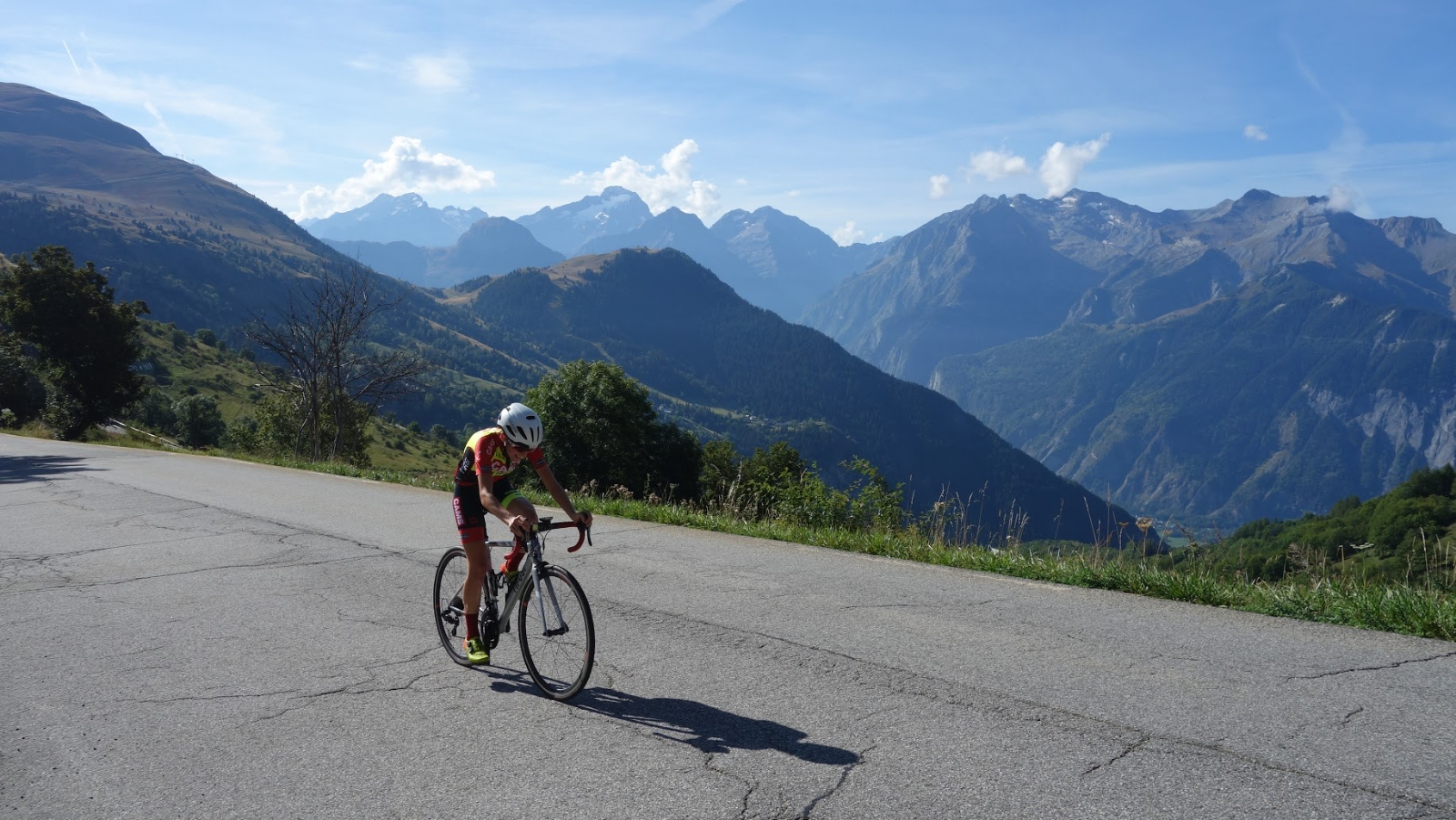 While 2020 was disappointing in terms of racing for everyone, I was very fortunate to still have a lot of great experiences on the bike. When we were first thrown into lockdown in March 2020, I was quick to jump into virtual racing. No one really knew when racing would start back up again so I continued to train as I had been, along with frequent Zwift races to maintain intensity and focus. The likelihood of racing starting up again was always a big uncertainty, but we had a French stage race in September on the calendar, so I used that as a target to aim for.

In June we got to race the three-day Skoda V-Series Women’s Tour on RGT which was really exciting and provided a great source of motivation, as well as being absolutely brutal! As restrictions eased in the summer, we were able to ride further afield so I got in plenty of hill prep in the Welsh valleys ahead of Ardeche, the seven-day stage race we were scheduled to do. Luckily, I love hills so despite doubt about the race going ahead I enjoyed training, especially with the extra time I had with the break from university. Strava was, as always, a great motivator and targeting segments/PRs kept it spicy!

My mum was due to start a new job in Monaco in August, so my dad and I helped her move out there. The plan was that I’d get in a few weeks of training in the mountains before meeting the team in Ardeche. But the night before we left, we found out that our team wouldn’t be able to compete due to increased travel restrictions in the UK. This was obviously pretty upsetting as it was a race we’d all been looking forward to and training for, but at least I’d still get a few weeks of training in cycling paradise so I couldn’t mope around too much! 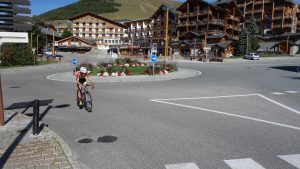 We ended up staying in the Monaco area for about a month and I absolutely loved just riding in the mountains every day in pretty perfect weather. It made me really appreciate just being able to get out and ride in such a stunning location, my favourite climb being Col de Turini which reaches around 1,600m and was tackled in this year’s Tour de France. It was tough to leave but my dad had the idea of stopping off near Alpe d’Huez for a couple nights to split up the two-day drive back to Wales, and I was able to ride up the famous mountain…twice! I’ve wanted to ride up Alpe d’Huez ever since I started cycling so I was really excited. I had looked at the Strava segment and thought that Emma Pooley’s QOM was pretty unachievable but gave it a pretty hard effort on the first day. Then I realised that I had missed the time by about a minute…and we were there for one more day. Not knowing when we’d next have the opportunity to return, I HAD to give it another go! I knew some goal split times for the hairpins and set up my Garmin to just display lap time. It was very painful (in a fun way) and I managed to knock about a minute and a half off my time. It was also nice to put the few weeks of mountain training to use (kind of). Expecting the ‘uh-oh’ email from Strava any day now though…

It was tough to go from such amazing cycling to two weeks of quarantine upon return to the UK and unfortunately, we were only free for a day before Cardiff went into a local lockdown! I had been planning on doing a bunch of hill climbs but sadly only managed to do one official event, which was on that single day of freedom. Luckily, I had found some other challenges to focus on instead…the first one being a virtual Everesting! I’ve wanted to attempt an outdoor one for a while but as the temperatures were dropping, days becoming shorter and the roads getting dirty, along with the restrictions, it was no longer such a feasible challenge. So one day I woke up and randomly decided to attempt one on Zwift! I completed the ~8.5 Alpe du Zwift reps in about nine hours. Strangely, I really enjoyed it! I just aimed to hold about 4w/kg for each climb, recover for about ten minutes on the descent, then repeat. Number eight was a real struggle and I’m not sure I could’ve done much more without completely fading…and it couldn’t have been done without my dad supplying coffee and endless bowls of porridge!

Just a few days later I got invited to join a team for the Red Bull Timelaps challenge the following weekend when the clocks changed. This was a virtual alternative for the real event, which consists of teams of four taking turns to ride for 25 hours (the extra hour being the window at 2am when the clocks turn back). This year’s version was on Zwift and I raced with Lauren, Emily and Alice of the AVID BSCC team who had lost their fourth member due to injury. Alice had curated a meticulously planned spreadsheet with the time slots we’d be riding at. We more or less stuck to forty-minute shifts, which allowed us about two hours of rest between. The short stints meant that each effort was pretty tough, and we all had ups and downs throughout the night. I’m incapable of napping so stayed up the entire time but it was super motivating to be chatting virtually with the rest of the team and fighting a close battle for the first women’s team. Another one of those strangely enjoyable painfests! 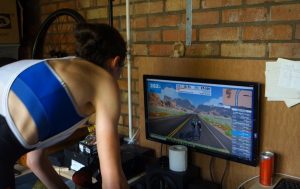 Since then, I’ve been racing the premiere Zwift racing league events every Monday evening which has given me something to focus on. I’ve also been enjoying the odd hill effort to keep it fun, although as we’re officially switching over to winter mode there’ll be less of that going on! I’ve been having to work my training schedule around university but as it’s currently based online, I’ve had a bit more time and flexibility than previous years. All-in-all 2020 was a good year of gaining fitness on the bike and I’m fortunate to have had lots of great opportunities which have made me even more excited to get back to racing this year. It’s also been fantastic to have such great support from our sponsors like CAMS which has eliminated any extra stress and allowed us to just focus on riding. I and the whole team are hugely grateful!