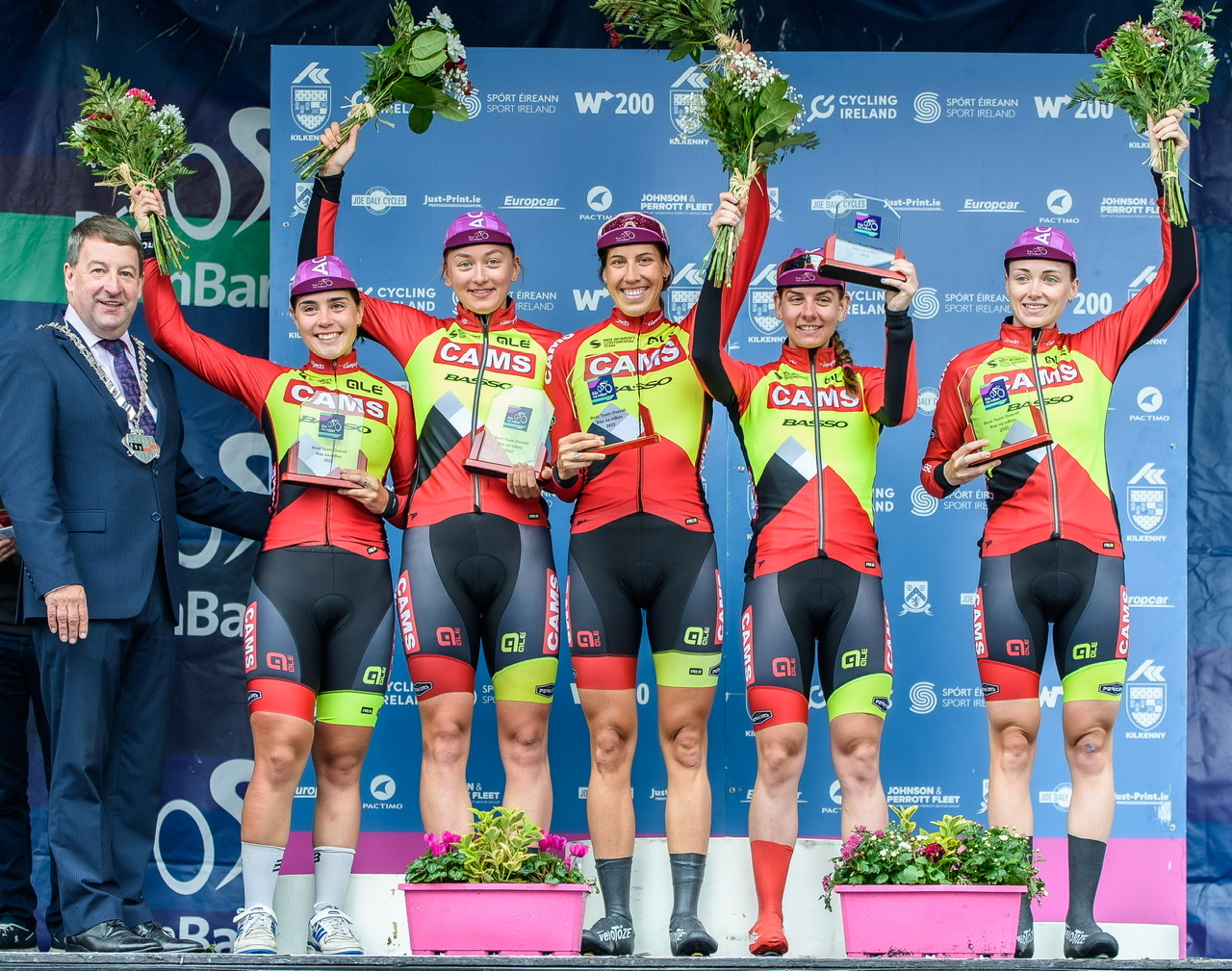 Dominance at the Rás

Last week saw CAMS-Basso putting on a dominant team display at Ireland’s premier stage race, the Rás na mBan. We walked away with the team classification, 3rd and 4th on GC, 1 stage win and a clean sweep of podiums. 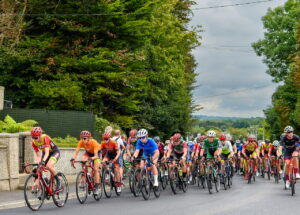 Team Manager, Simon Howes, shares his thoughts on the race, “The Rás is a highlight of the year for me. It’s the last stage race of the year with often epic weather conditions and furious racing. This year didn’t disappoint.

“We wanted to make sure we continued our top season and finish on a high. Our focus was to be as successful as we could in all competitions. We were visible and vigilant at all times, and we attacked and raced aggressively when the moments came.

“We finished with podiums in every stage, each time with a different rider, which really showed our strength in depth. The icing on the cake was 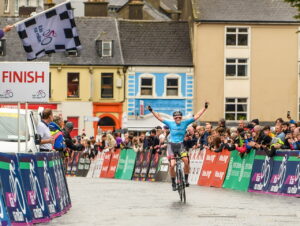 Maddie’s win in the final stage in Kilkenny. The 3rd on GC for Beckie was just reward for her and the team. Their camaraderie and commitment to each other was exceptional.”

Indeed CAMS-Basso led the team classification from start to finish, ending it 4:30 ahead of their nearest rival. 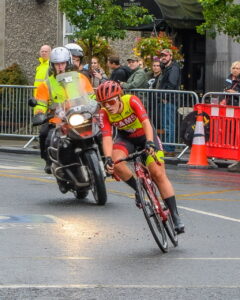 Howes was delighted with the whole team’s performances. One unsung hero was Beth Morrow who, as ever, raced selflessly in support of her teammates during every stage.

Howes adds, “After supporting her teammates every day, Beth was so close to her own win in the final crit. While off the front alone with a 30 second gap, looking very strong and determined for a good result, she unfortunately crashed on the final corner and was unable to continue. Despite that, she still finished 11th in the Young Rider Classification. Impressive by any standards.”

In the QOM competition, Danni Shrosbree started as she meant to go on, winning the jersey on Stage 1. She held onto it until an unfortunate mechanical on Stage 3 prevented her from competing for points on the QOMs. She then had an exciting tussle for points with Kate Richardson from Alba Development Team, and eventually finished 2nd in the competition, just one point down.

The miserable, wet weather that was a constant during all stages eventually cleared for the last stage, although the streets of Kilkenny were still wet for the circuit race. 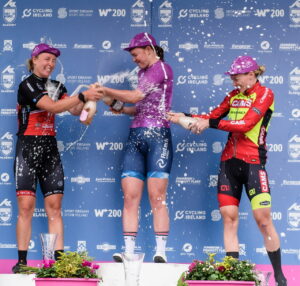 After Morrow’s solo attack ended early, it was Leech who went on to take our only stage win of the race. She launched her attack just inside the final kilometre of the race and held off a chasing peloton to finish 3 seconds ahead. Jess crossed the line in 5th in the bunch sprint in another impressive performance. What a way to end the race!

A final word from Howes, “I’d like to thank the organising committee, race crew, garda and the many volunteers who spent a lot of time in the rain making sure the riders had a safe race.”

Our last race of the season is the postponed Curlew Cup next month.