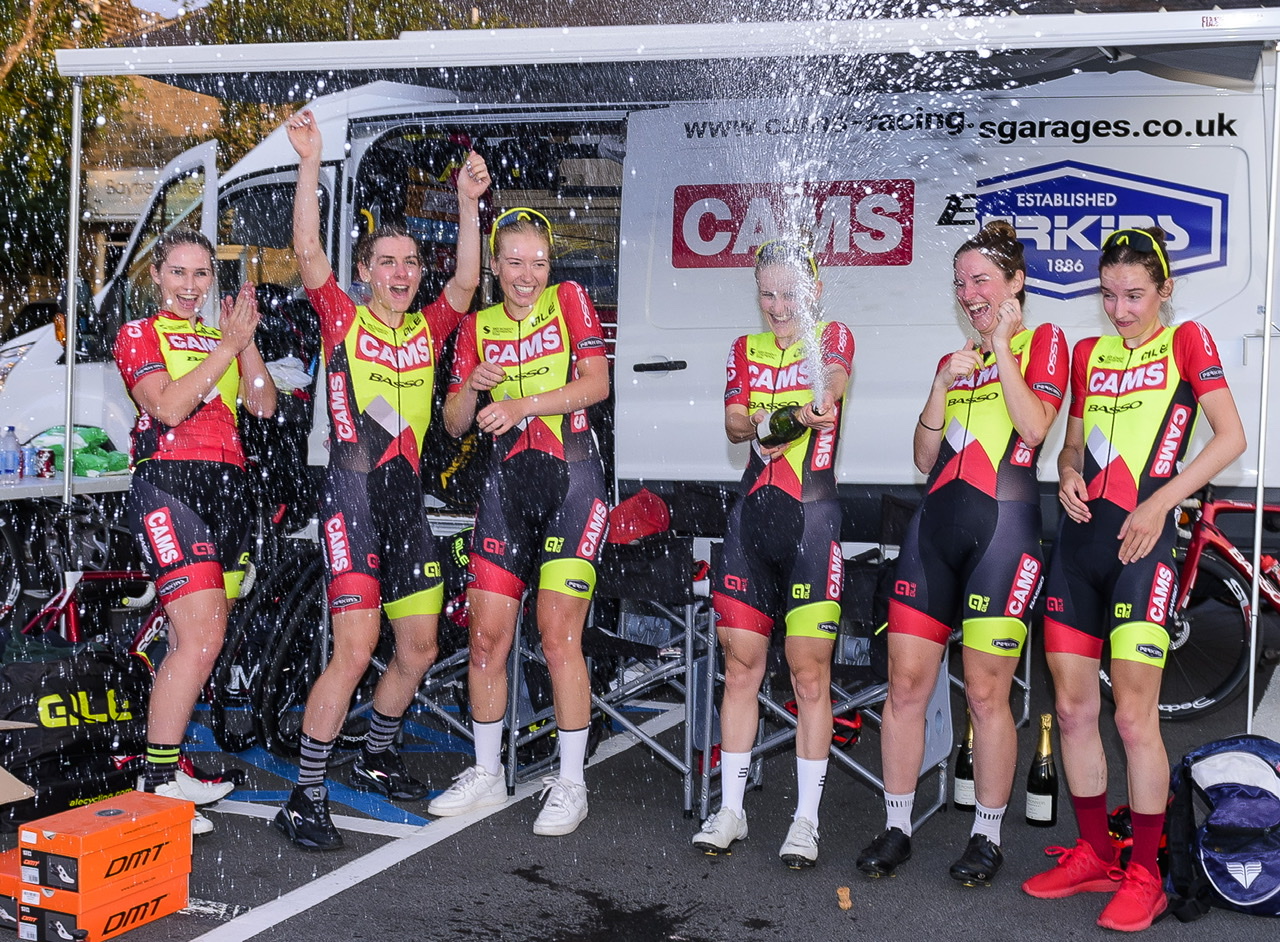 Barker takes the win at Ilkley

What a difference a few weeks makes. After a difficult round one of the National Circuit Series in Otley earlier this month, CAMS-Basso’s results have been steadily improving. Illi Gardner won the Solihull CC road race a few weeks ago, with strong support from the team, so it was only a matter of time before a national level win came.

The short, but tough 1.5km circuit around Ilkley’s town centre included the ramp of Riddings Road. Our plan was to race aggressively from the start, applying pressure on the ramp to whittle down the bunch. 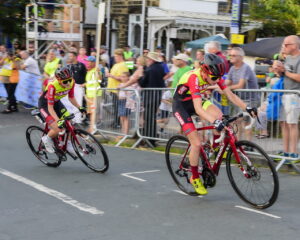 The selection happened early on in the race, with the bunch reducing to around 15 riders, and our team still well represented there. Megan Barker and Illi Gardner initiated the first meaningful break of the race and were quickly joined by Beth Morrow (Storey Racing) and Eluned King (Team Breeze). King, the winner of the Otley GP, was unable to stay with the blistering pace the break was setting on the climbs so they soon became three.

With Morrow outnumbered, Barker and Gardner took turns applying the pressure each lap, but Morrow was able to chase back each time so a change of tactic was needed. Barker said “With about four laps to go, we switched up the plan. I was going to go for the sprint so I just chilled out a bit and let Illi and Beth roll through. We forced Beth to lead out the sprint and I came through at the last minute.” 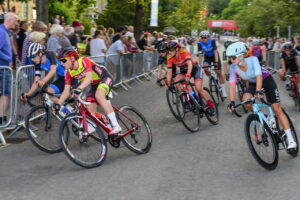 Barker’s sprint proved too strong as she took the win from Morrow with Gardner rolling in just behind to close out the podium. Jess Finney powered away from the chasing group behind to take 4th. With our 1-3-4 placing, the team took the team competition on the night and also the overall series win.

Team manager, Simon Howes commented on the team’s performance, “There seemed to be an edge of confidence pre-race, which as a team manager is exactly the frame of mind racers need to be in.

“It was great to see Meg win,” he continued. “She has a proven pedigree and we all know it was only a matter of time before she was back to winning ways. What was special was to see Illi racing alongside her in the final break. Illi will be the first to tell you that a crit doesn’t suit her, yet she’s proved good form can be used in any discipline. Her and Meg complimented each other’s strengths and communicated  well throughout the race.

“With Jess escaping what was left of the front bunch to finish 4th it was a tremendous team effort! This year we’ve lost together, and now we get to experience and joy of winning together,” Howes said.

Barker commented, “It’s been a tough 18 months with no racing. For me, it’s the longest time without a race since I was about 9 years old. Confidence-wise it’s quite tough getting back into the bunch, so it’s taken a few races to get back into the swing of it. Getting a win just sets off the rest of the season.”

The team will race in France next week at Kreiz Breizh.