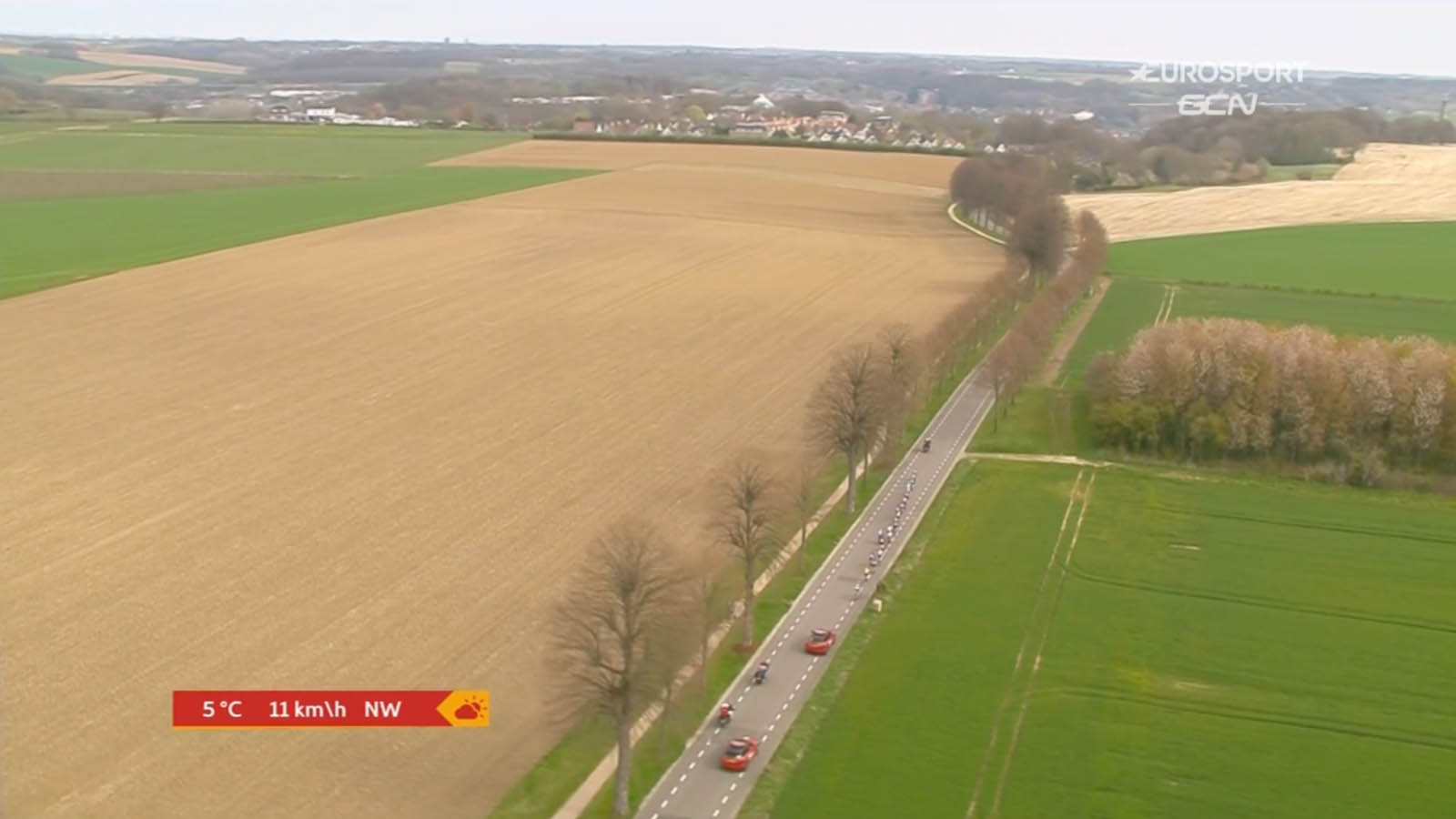 With our new team name, CAMS-Basso Bikes, on the distinctive jerseys it was a tough day at the office at Amstel Gold Race Ladies Edition.

Unfortunately, none of our six riders were credited with a time after the 116.3km Dutch race, the team’s first Women’s WorldTour event.

Jo Tindley, Hayley Simmonds and Jess Finney were our best performers of the day. They were pulled from the race with two laps to go, however, as organisers withdrew anyone five minutes down because the men’s event began 10 minutes after the women’s race finished.

“I think we did what we were capable of,” said DS Emma Trott. “It’s a nice race to be involved in and I think it is an eye opener to be able to say this is where we’re at right now and we aspire to get here.

“In COVID times, to be able to make sure the men’s and the women’s races were on, it was important to do that, and it would have been nice to have got a rider in the break and up the road, but it was what it was, and I can’t be too harsh on the riders.

“It’s a baptism of fire, a real eye-opener.”

With the pandemic changing the route from that of previous years, the 2021 Amstel Gold Race was held on a circuit in the short sharp hills west of the Dutch city of Maastricht.

The 16.9km circuit was ridden seven times and contained three climbs, the Guelhemmerberg, the Bemelerberg and the race’s signature ascent, the Cauberg.

Though an early mechanical issue for Emma Edwards thwarted her challenge, the red and yellow jerseys of CAMS-Basso Bikes were straight to the front as soon as the flag dropped for the start of the race. We led down the hill towards Maastricht, but as the race turned left onto the narrow roads lost out in the fight for position ahead of the first ascent of the Bemelerberg.

Here Quinty Ton (GT Krush-Tunap) and Kathrin Hammes (Ceratizit-WNT) got away and were able to build a lead of around a minute on a peloton finding their way into the day. However, not long into the second lap a group of 20 made their way across, though that number swelled when world champion Anna van der Breggen towed a group of 40 across.

This left our CAMS-Basso Bikes riders fighting a different race in the chasing groups, while the battle eased at the front after 50km racing.

The Cauberg was the stage for much of the day’s action, and when European champion Annemiek van Vleuten made a move there with just over two laps to go only 20 of the world’s best were left at the front.

Even this group kept splitting but when Australian Grace Brown (BikeExchange) made a move with Pauliena Rooijakkers (Liv Racing) on the penultimate time up the Bemelerberg it seemed the race could be done.

However, Brown was caught by Van Vleuten with just three kilometres to go. The 2019 winner Kasia Niewiadoma (Canyon/SRAM) attacking on the final ascent of the Cauberg with only Elisa Longo Borghini able to stay with her.  They headed into the final kilometre with only a small gap on the chasing peloton but were unable to work together to hold them off. The race was won by former world champion Marianne Vos sprinting from a group of around 10.

“I had a feeling it wasn’t going to be an easy bike race and that it would be pretty full-on from the get go,” continued Emma. “So the plan was to get us ahead of the rest and get into an early move or two, foremost because we’re not going to be able to follow the real accelerations of Annemiek [van Vleuten] and Anna [van der Breggen] and the others, so you have to put someone up the road. But when a couple of riders went from other teams we weren’t there and then when a smaller group went we weren’t there either.

“So that was the plan get in early breaks and then we’d hopefully have someone across the finish line at the end there.”

This new team website has been created at www.cams-racing.com and will carry racing reports, results and a constant stream of news and features throughout the 2021 racing season and beyond.

CAMS is part of Direct Accident Management (DAMS). DAMS was established in 1996 and they have since helped thousands of clients get back on the road following a car, motorcycle or cycling accident.