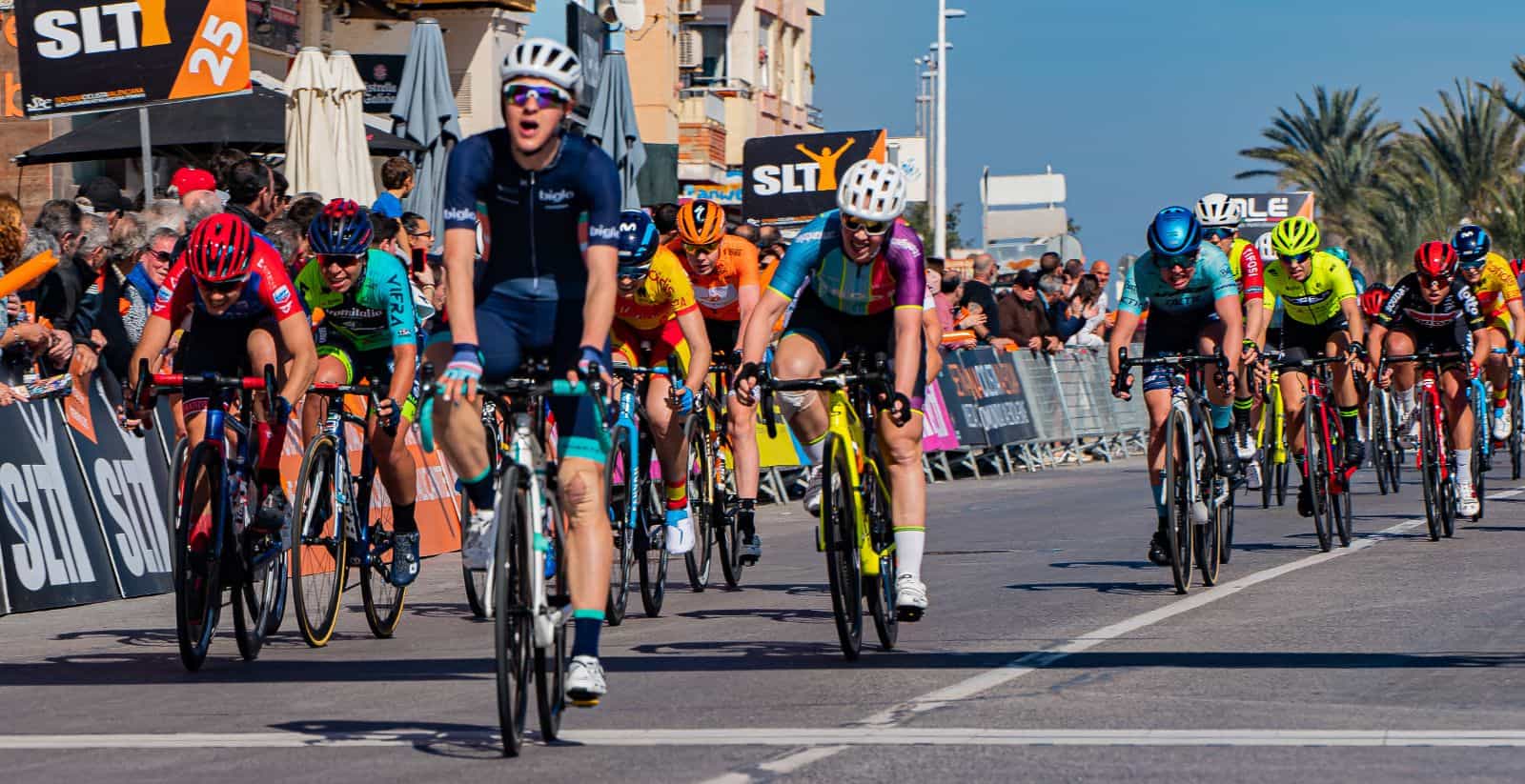 Saturday’s third stage of Setmana Ciclista Valenciana brought both good and bad news for the CAMS-Tifosi squad on Saturday. Becks Durrell brought home the squad’s first top 20 finish of the year, sprinting for third place after the breakaway won the day.

However, the one negative was Natalie Grinczer’s crash, meaning she will miss tomorrow’s final stage. Otherwise it was a solid day for the team, with the rest of our riders finishing in the main peloton, all on the same time.

CAMS-Tifosi is now ranked 11th after three stages even after the bad luck of Natalie being sidelined after a crash today.

Lizbeth Salazar (Astana) won the day. Escaping with two others early in the piece, the Mexican then out-sprinted British rider Lizzie Holden (Bizkaia-Durango) to take the victory.

“It was a bit of a sprint stage today, so we gave it a crack, I think it’s quite a respectable finish,” Becks said from the finish line.

“It was fairly well controlled on the climb, it was just a bit attritional and we had a bit of a crazy descent and then it was all gearing up for the sprint finish. It was quite nice in the middle for a bit of a break and a chance to eat and drink and get ready for the finish

“While the break was out Bigla-Katusha were just keeping it ticking over, letting them hang out the front, and it was around the last 20km it really started ramping up towards the finish, faster and faster.”

The previous two days had taken their toll on the peloton, with crashes causing abandons, and a with a large group over the time limit on stage two, only 123 women took the start for the 94km third stage between València and Sagunt.

One of the withdrawals was CAMS-Tifosi’s own Gabby Shaw, who has been suffering with a shoulder injury, limiting her performance, and she finished Friday’s stage just over the time limit.

Saturday’s race contained only one classified climb, the Alto de L’Oronet, which peaked at 25.5km. Though some attacks came before the climb began, they were neutralised and Ane Santesteban (Ceratizit-WNT) consolidated her lead in the mountains classification.

On the descent Elena Pirrone (Valcar) and Lizzie Holden (Bizkaia Durango) managed to escape, and were soon joined by Lizbeth Salazar (Astana), and the trio set about trying to build a lead.

None of the three women were a threat to the overall lead of Olympic champion Anna van der Breggen (Boels-Dolmans), and with 45km remaining the trio had built a lead of two minutes, with the bunch riding as one behind.

As we were on stage one, the yellow and red jerseys of CAMS-Tifosi were easily visible patrolling the front of the peloton, while others headed back to the car, grabbing Enervit nutrition to keep team mates fed and watered.

Meanwhile, at the front on the race, the leaders had established a gap of 4.30, and the expected bunch sprint became far less likely as they entered the closing 25km, passing the day’s intermediate sprint, won by Mexican rider Salazar.

Five kilometres later Pirrone was dropped, leaving Holden and Salazar to forge on alone, their lead remaining constant and insurmountable, though it was just under three minutes at the line.

“I found today pretty good,” Becks explained. “The first race of the season it takes a few days to wake your legs up a little, and we’ve come straight into this off the back of training at home, so it’s taken a bit of time to get into it.

“We lost Nat today, but Jess was climbing really well yesterday, so hopefully she’ll have a good day tomorrow.”

Tomorrow’s final stage is another tough one, the peloton racing 140km between Betxí and Vila-Real and taking in four classified climbs, including the fearsome, 10km Puerto Salto del Caballo.

“Entertaining is probably the word! It’s not a brilliant day for me but I’ll give it a crack and I’m looking forward to getting stuck in.”

Full results can be found HERE