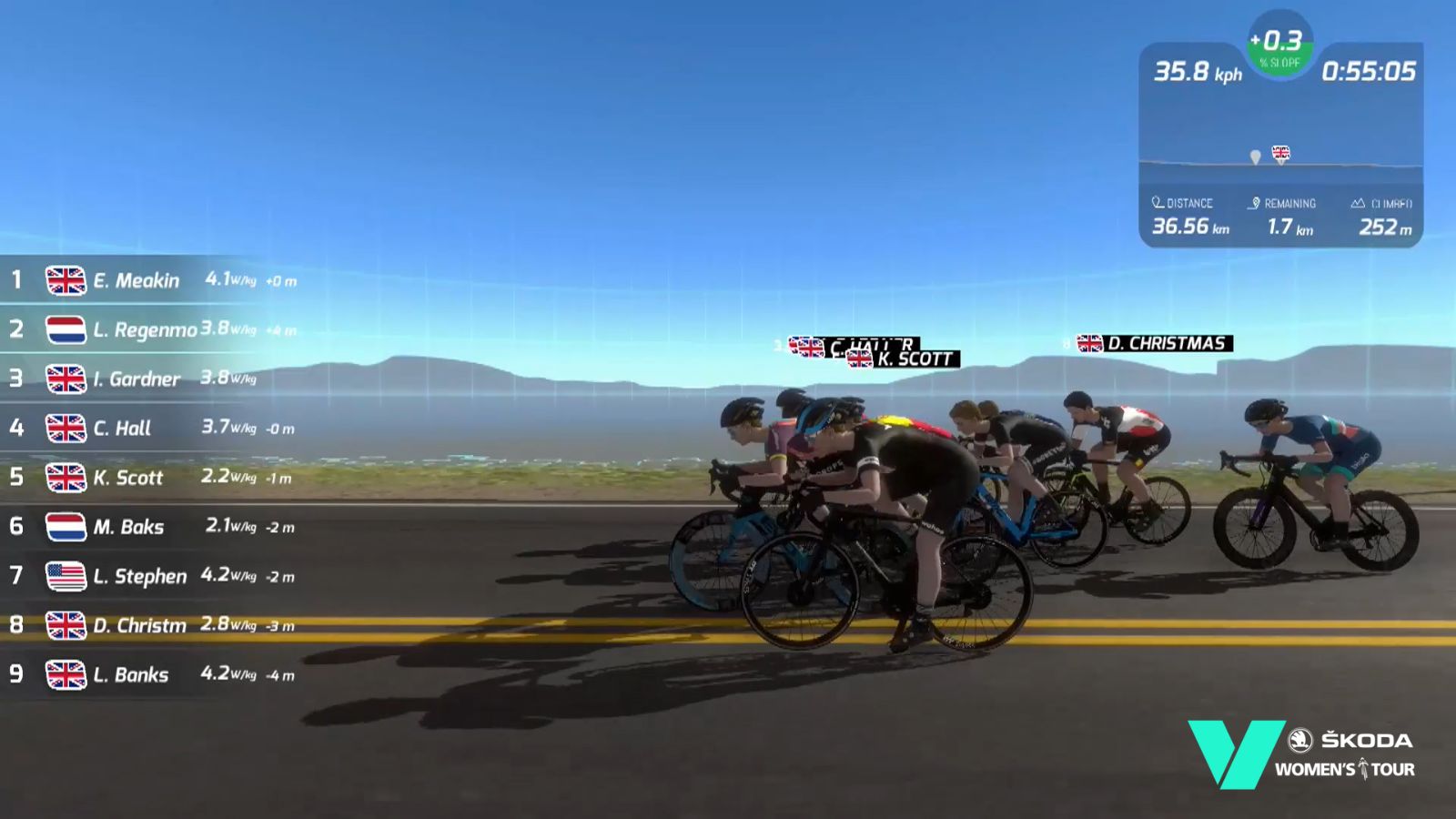 Illi Gardner took an impressive second place at Wednesday’s opening stage of the Skoda V-Women’s Tour online race. The 20 year-old from Cardiff was part of a small group which sprinted for the win, with Lotto-Soudal’s Dani Christmas taking victory.

The final kilometres were hectic, with attack after attack being launched from what remained of a peloton of 52 women. As the race entered the closing five kilometres, Christmas launched a big move, and while it looked like she may get away, she was brought back.

With the race seemingly set for a bunch sprint, Lizzy Banks (Bigla-Katusha) attacked with 300m remaining, but was unable to hold on. Illi chased her down but was herself caught but a marauding Christmas on the line.

The online event was took place on the RGT virtual cycling app and was the first of three stages replacing Britain’s only UCI Women’s WorldTour race, which was cancelled due to to the COVID-19 pandemic.

The 38.7km stage replicated the closing kilometres of the final day of the first ever Women’s Tour back in 2014, finishing in Bury St Edmunds, Suffolk. That stage was won by world champion, Marianne Vos, who won two earlier stages and the overall.

Neither Vos or her team are riding this week, but it was a high quality group of riders, including two top tier teams, who took to the start of the race, which was available to watch on the Women’s Tour and BBC Sport websites.

Jo was first off the line, before being swallowed by the bunch, and both Illi and Katie joined her near the front. Over the opening five kilometres the pace was incredibly high, though all three CAMS-Tifosi riders did an excellent job positioning themselves near the front as the peloton thinned.

With 14km gone the ever aggressive Christmas made the first meaningful attack, and Illi worked hard to bring her back. However, Leah Dixon (Tibco-SVB) and Jos Lowden (Drops) countered, gaining a gap and further thinning the bunch. It was this pressure which saw Jo dropped.

With the race closing on the finish, 14km out, Katie made a move, but was soon closed down by a bunch which contained only around 20 of the original 52 starters.

With just 10km to go Christmas made yet another move, but was unable to get away, with Illi once again leading as the Lotto Soudal rider was brought to heel and the bunch finish became inevitable.

“You have to be attentive the whole time, you can’t look away from the screen at all, and I think it’s important to respond to things immediately because it can all change so quickly.

“We knew the race would be quite attritional, e-racing tends to be really high effort and it whittles down, so we thought to hang in with the front bunch and then hang on for the end. The sprint went on a longer than I thought, I thought I had gone too early and it came down to the line.

“Nutrition is so important too,” Illi continued. “On the turbo you sweat a huge amount and people forget about that. Hydrating and using our Enervit gels is as important as it is on the road.”

Tomorrow’s second stage finishes at the top of the Burton Dassett climb the Women’s Tour has used a number of times and is sure to thin out the general classification. 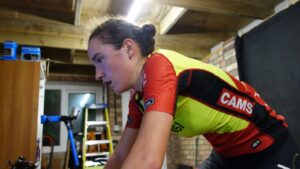 Final results have also put Illi at the top of the Best Young Rider rankings. An awesome start for CAMS-Tifosi and a great team effort. 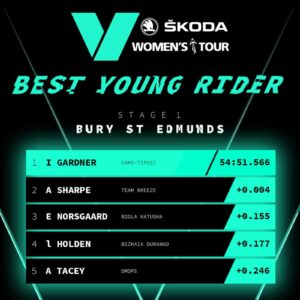