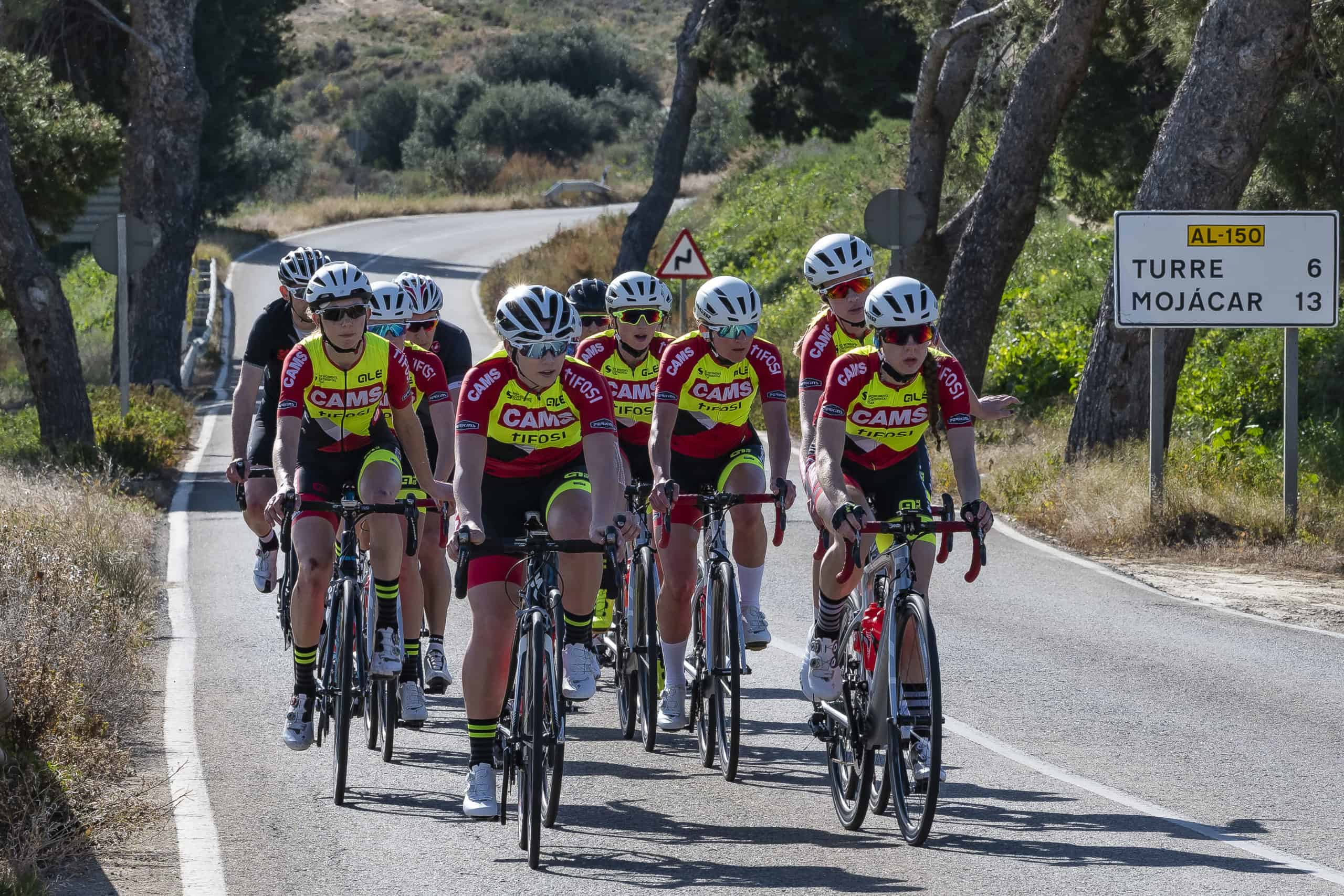 After a tough but successful first stage race of the season in Valencia, the CAMS-Tifosi team headed south to Mojacar to spend a week training together in the Spanish sun. They were joined by more teammates, new rider, Clover Murray, and team staff members.

The week gave riders and staff a good opportunity to get to know each other better on and off the bike. Team Manager, Simon Howes, put the riders through their paces during team drills focused on race simulation, speed work and communication. Howes commented, “The team put in a solid block of training and the riders are gelling well together. I’m pleased with how hard they worked and their discipline during the week. It’s been great preparation for the season ahead.”

On one of the lighter training days, riders were treated to an afternoon yoga class, complementing their hard work on the bike with stretching to keep them on top form.

Team rider, Jo Tindley, said, “Coming off the back of our first stage race of the season, it was great to be joined by more of the team. The girls worked really hard and made the most of the time in Spain. Thanks to all the staff who made the camp happen. We can’t wait to get racing again in Belgium later this month.”

The team will be in action at the Omloop van de Westhoek in Belgium on 22 March.