More learning for CAMS-Tifosi after a crazy day in Belgium 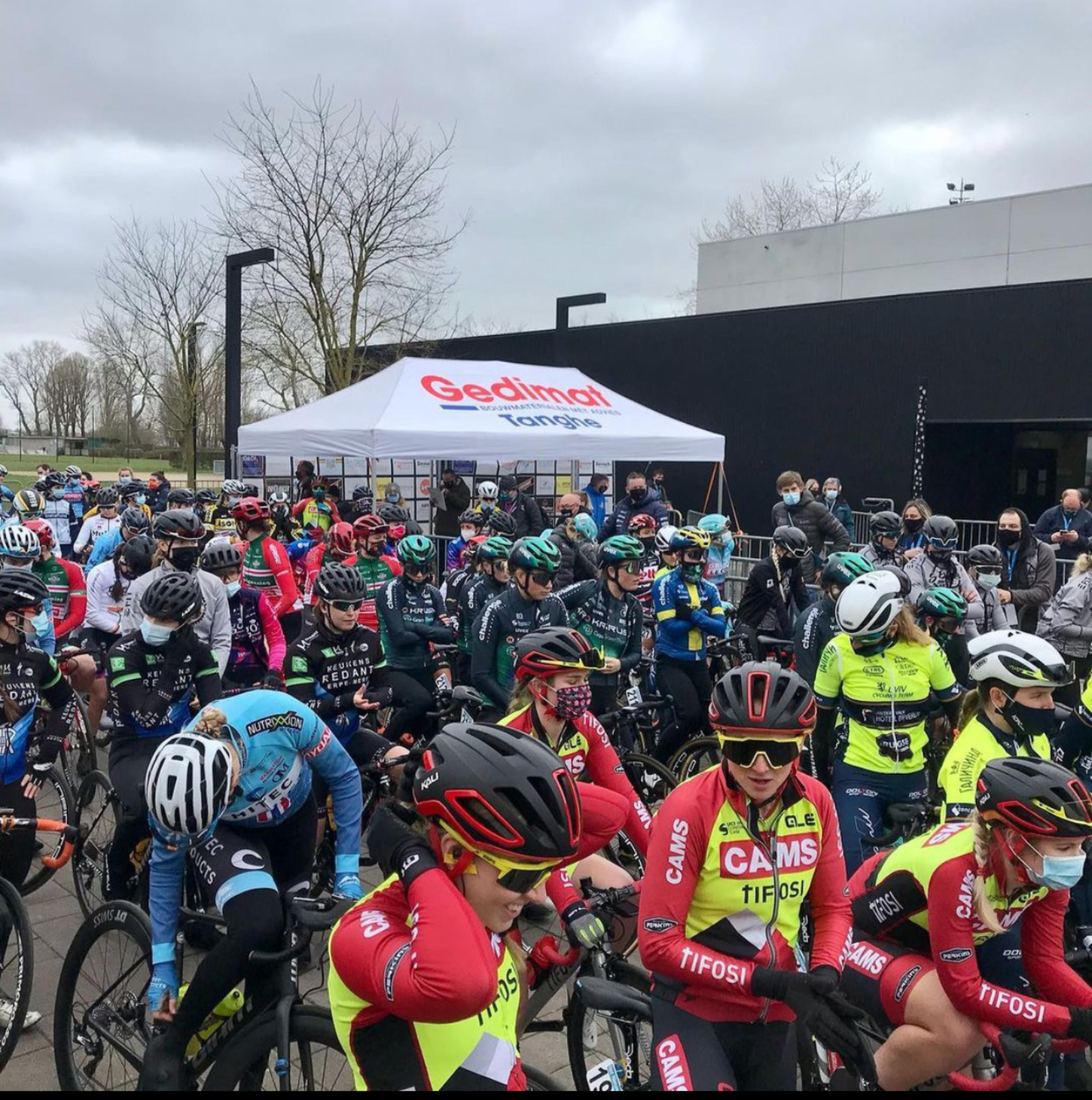 European racing is getting busier for CAMS-Tifosi as we once again headed across the channel for the Omloop van de Westhoek.

Within just a few kilometres of the start the race was blown to bits as severe crosswinds did what crosswinds do in bike racing. With the race split into four groups, all of our riders except Jess Finney were pulled from the race. 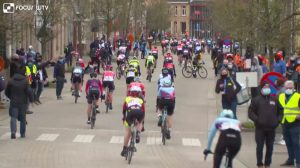 “There was quite a big crash and we were fortunate we didn’t have anyone in,” said CAMS-Tifosi Team Principal Simon Howes. “That set the tone and it was full gas after that, with echelons and four groups. It was crazy.

“You just have no control, your position is your position and it’s where you often stay. What often happens is there will be a split, say five riders ahead of you, if it was less windy you’d move round those and jump on the back, but in an echelon you’re literally flat out and you’ve got nowhere to go.

“We know we’ve got work to do but we’re chuffed we’re racing and we’ll keep coming back and we’ll see some progression.”

Starting in the Belgian town of Eernegem in the country’s north west, the peloton tackled a 52km opening loop which first headed north, before turning west and running parallel with the coast, looping back on itself before entering the final town of Ichtegem.

While the opening loop was flat, the closing six 13.3km laps each contained the cobbled ascent of Lookhuisstraat, which topped out only 1500m from the line. From there the road dropped, before a final left hander 250m out.

Though ranked as a UCI 1.1 event, Sunday’s race attracted a top field of classics riders and sprinters, with Belgian champion Lotte Kopecky riding for the national team, and Jolien D’hoore representing the all-conquering SDWorx squad.

This made for a very tough day out for the CAMS-Tifosi riders, especially when the race was blown to pieces in crosswinds early on. A group of 27 women emerged into the leading group which, after only 25 of the 131.9km had a lead of one minute.

A group of eight were all that was left of that, and it was from this group the winner was to come, despite the main favourites being in a chasing group behind.

SDWorx dominated the race, and with riders present in every group, they stifled any effort to chase, so it was apt when their two riders in the leading group attacked it. Former European champion Amy Pieters was joined by multiple Luxembourg champion Christine Majerus, the pair riding for the win.

Majerus was the winner, making it an astounding six wins for the team this year from six different women.

Next up for CAMS-Tifosi is the WorldTour race, Amstel Gold Race, which was confirmed this week. It’ll be another tough race, though the winding, hilly course will at least prevent echelons.