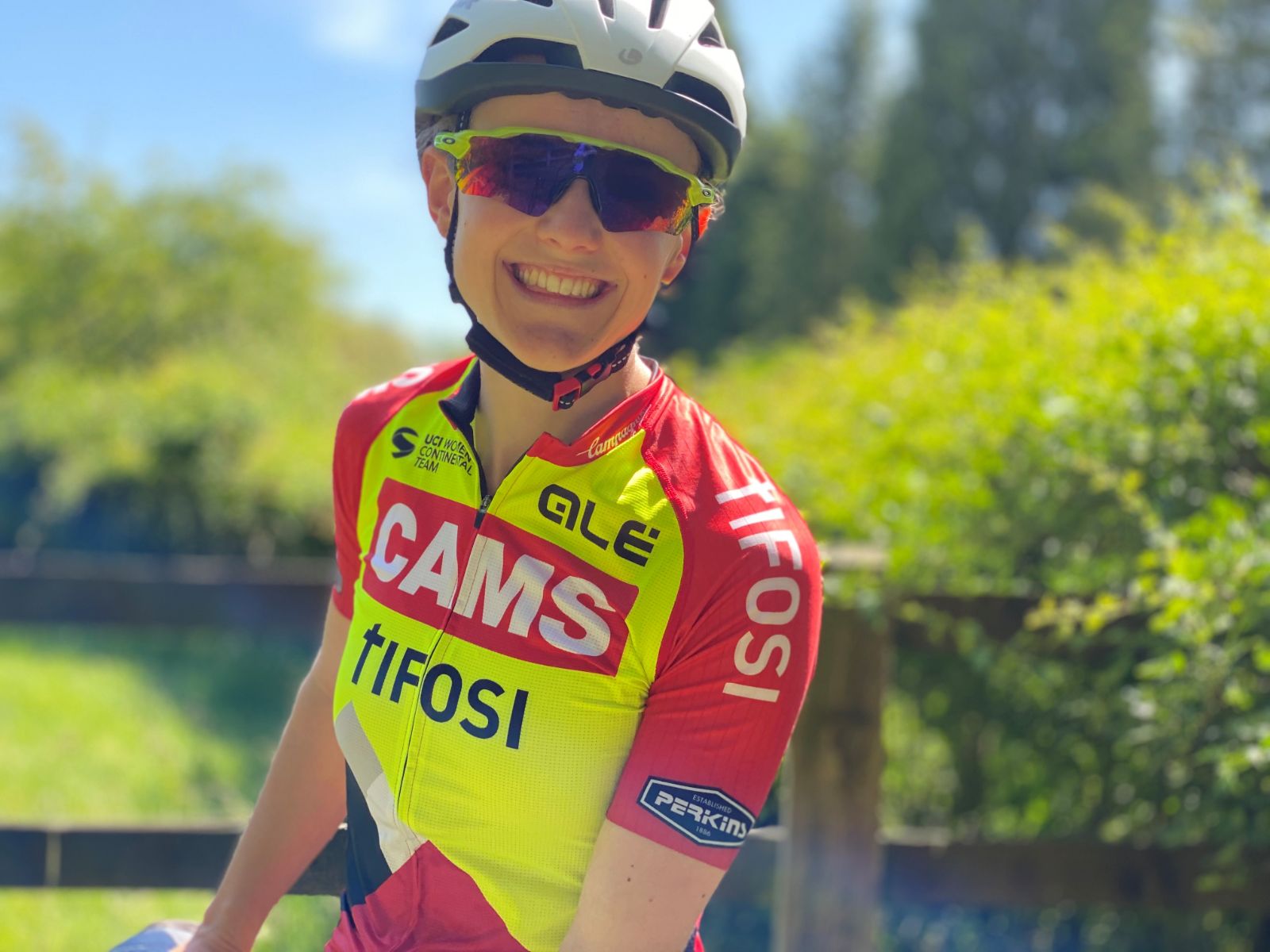 CAMS-Tifosi is delighted to announce Megan Barker has renewed her contract with the team for 2021 becoming the first confirmed signing for the UCI Women’s Continental racing team ahead of next season.

Megan said: “I’m delighted to be re-signing for CAMS-Tifosi for 2021 and honoured to be the first rider to do so. The team have been brilliant this year, supportive throughout and it’s great to have a sponsor like CAMS who have made an ongoing commitment to the team. I just can’t wait to pull on the CAMS-Tifosi jersey in earnest and get racing! Hopefully this year and definitely next year.”

Team Principal Simon Howes said: “It’s an exciting announcement for us to be able to make and it’s really good for us as team to be able to sign a rider of Meg’s talent at this early stage. Megan is a growing talent who still has even greater potential to unleash and, with the stability on offer from CAMS-Tifosi, we hope to see even greater success for her during this time with the team.”

Valentina Slater, CAMS Sales Director, added: “We are really excited to be able to sign a rider like Megan Barker who has the promise to be able to deliver so much for the team. CAMS is firmly committed to supporting cycling and our three-year sponsorship deal enables CAMS-Tifosi to sign riders ahead of next season. We are really looking forward to seeing how the team develops new talent and brings racing success.”

The CAMS-Tifosi team was earlier this year confirmed as having attained UCI Women’s Continental Team status for the 2020 racing season. The global Coronavirus pandemic and suspension of racing has stopped the team being able to compete but the team is prepared and ready for racing once it resumes.