Satisfaction for CAMS-Tifosi after tough four days in Spain 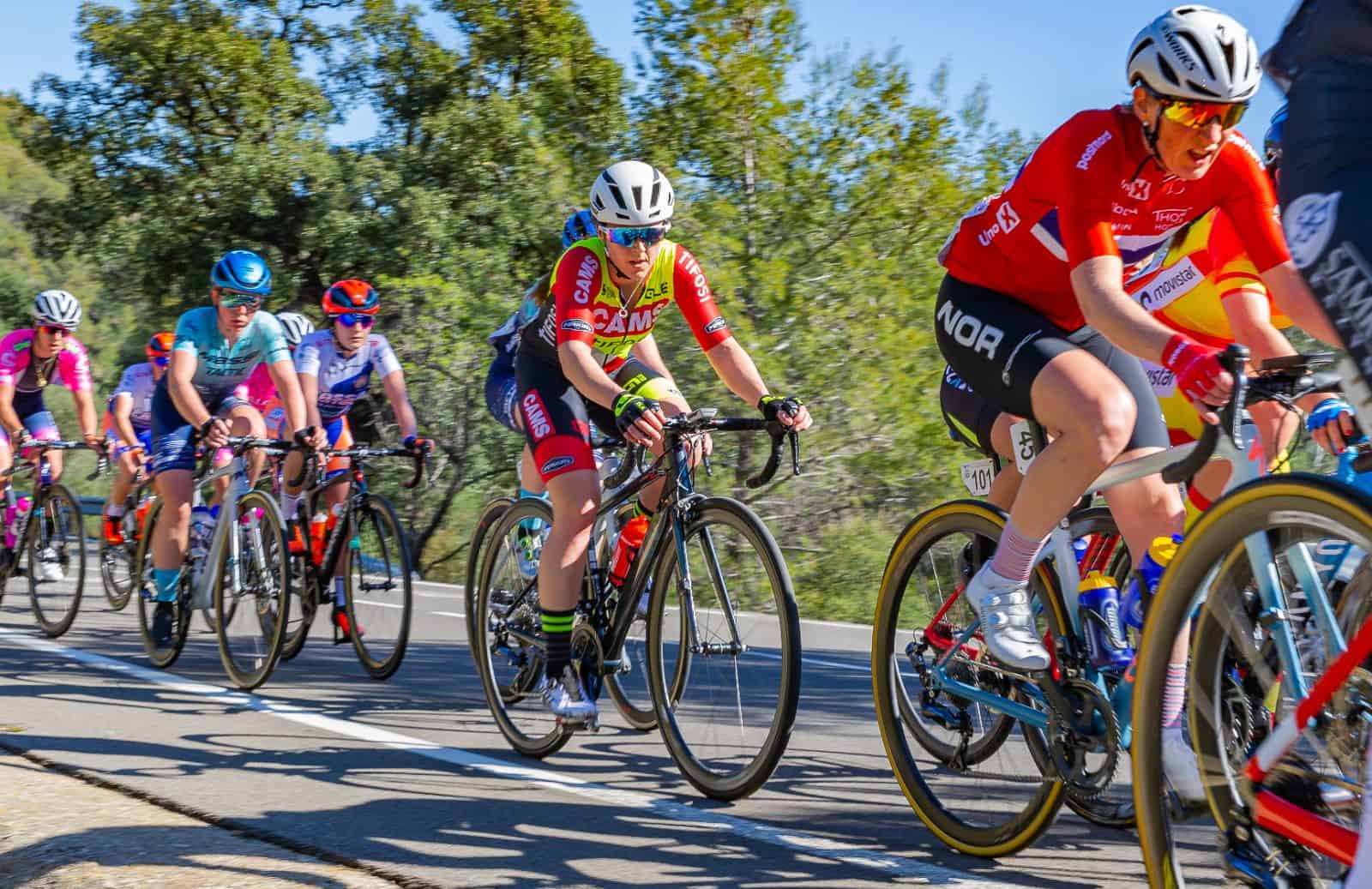 Despite a tough final day at Setmana Ciclista Valenciana, and after a gruelling week, it was all smiles for CAMS-Tifosi on Sunday.

All five remaining riders finished the stage, which was run in the hot sun of the mountains north of Valencia. Jess Finney was our top rider, finishing 33rd on the day, in a group 9.48 behind the stage winner.

The overall team finish of 10th overall in the standings is a superb result for the team in the first competitive event of the year and lays some great foundations for the coming season.

More positive news comes in with the recovery of Natalie Grinczer who needed hospital treatment on Saturday following a crash. Diagnosed with mild concussion she has spent today (Sunday) recovering and is showing no side effects.

Thomas had been part of a five woman group who escaped a peloton shredded on the day’s four classified climbs. For a while she held the virtual general classification lead, as Van der breggen was without team mates in the chasing group.

Van der Breggen, though, was able to limit her losses and took the overall by 35 seconds.

It’s been an excellent week for Finney, she was 36th overall and surprised by her form.

“I’ve done unexpectedly well and the team has worked extremely well together, moving up together or getting Becks to the front,” she explained.

“Today was extremely hard, definitely the hardest stage I have ever done, just because of the mountains. I have never experienced those sort of climbs before, but everyone was in the same boat. And it was great views as well!”

What has she learnt?

“Not to panic when you have a plan that goes out of the window, and to keep pushing because no matter what, the group in front can always sit up, so keep digging, even if you think the race is over, it never is.”

Sunday’s final stage was also the longest, the 140km between Betxí and Vila-Real containing four classified climbs, making it an extremely arduous day for the 119 women who rolled out.

After 16km, on the first climb, the Alto de Marianet, Bigla-Katusha took to the front and pushed the pace, working for German Clara Koppenburg, who started the day second overall.

Setting an attritional pattern for the day, the speed split the race, and by the time they were half way up the climb, only 29 women remained at the front, Ane Santesteban (Ceratizit-WNT) gaining maximum points at the top, and ultimately securing the mountains classification.

A similar whittling down happened on the ensuing climbs, while the CAMS-Tifosi riders consolidated in the third and fourth groups on the road.

The last climb, the 10.2km, the Puerto Salto del Caballo, was arguably the week’s toughest, and Mavi García, riding the Spanish national team began it at the head of the race.

While it only averaged 4.6% gradient, ramps of 11% made it enough to test anyone, and the chasing group began to disintegrate.

García had started the stage 4.45 behind race leader, Anna van der Breggen (Boels-Dolmans), and as her advantage on the road hit 3.30, she became a threat to the overall. Soon though a group of four women, including Van der Breggen’s team mate Katie Hall, began to chase García down, and by the time they reached the top with 48km remaining, Hall and Leah Thomas (Bigla-Katusha) had caught García.

They were soon joined by Erica Magnaldi (Ceratizit-WNT) and Katrine Aalerud (Norway), forming a five woman group at the front of the race.

Helping Van der Breggen behind, Hall sat on the back, while the chase was aided by Demi Vollering (Parkhotel-Valkenburg) who was defending her third place overall. The gap soon began to close, and was just 1.29 at the finish.

“Today was brilliant,” said our sports director Simon Howes. “It was a tough day, 140km in the mountains, some of our riders have never been up mountains like we raced up today, but we’ve got five very happy riders.”

CAMS-Tifosi will stay in Spain for a week long training camp where we will reflect on a challenging but rewarding week.

“The bonding has worked well and we’ve all come together well, the staff included. It’s been a real learning curve. We’ll have an active rest day tomorrow and then we’ll crack on and do it all again, just without numbers on our backs!”

Full results can be found HERE…