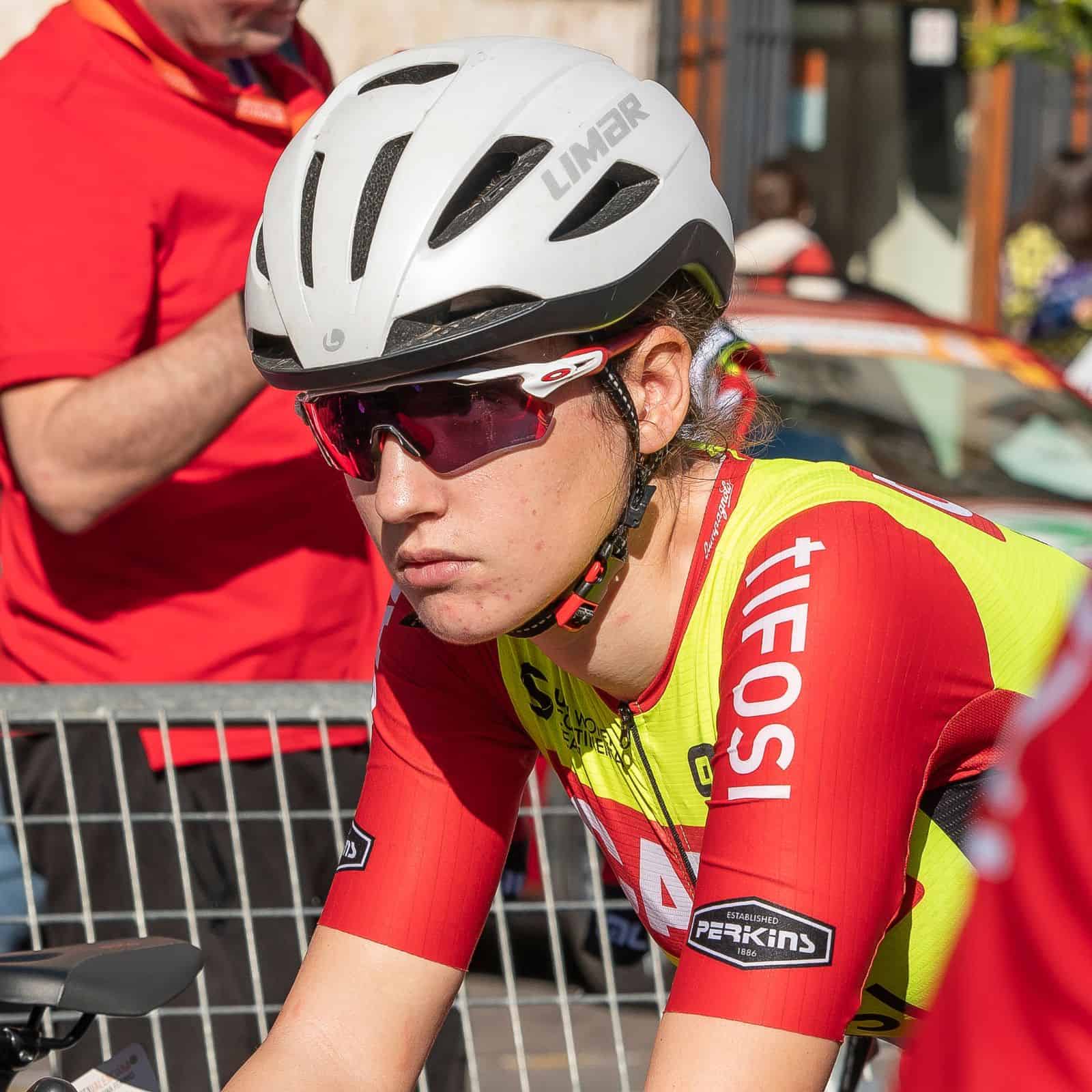 Well, it’s definitely a unique time in the world. It’s a bit hard to think about anything other than the current situation as it’s affecting every aspect of life, but I’m going to give it a go…

While it’s really upsetting a large part of the season has been written off and no one quite knows when we’ll be back racing, there’s obviously a lot more to be concerned about than just cycling. That being said, I’m extremely grateful that we were able to race in February–the four-day Setmana Ciclista Valenciana UCI 2.2 in Spain–which was followed by training camp. It was great to properly settle into the team, get back into the rhythm of racing and soak up the sun.

Unfortunately I wasn’t able to stay for the full duration of team camp as I had to get back to university and face some looming deadlines. I’m in my second year at the University of South Wales studying Visual Effects and Motion Graphics…perhaps not the most ‘typical’ course choice, especially to do alongside cycling. VFX is something I’ve always had an interest in and I’m really enjoying studying it full-time. My initial goal is to work in compositing, which is the department of the post-production industry responsible for the integration of digital assets with footage to bring together the final shots of films/TV.

It’s nice to have something completely different from cycling. The course is primarily project-based, and quite a small one, so we have lots of contact time with tutors which is great (and funnily one of our lecturers is the ‘other’ Geraint Thomas who got some accidental Twitter fame after the 2018 Tour). Balancing things wasn’t too much of a problem last year but now I know what people mean when they say university ramps up second year! Luckily most of the season takes place after the term ends in May but balancing training with lectures and work time can get challenging, especially when it comes to choosing what to prioritise.

My mileage this winter was less than previous years, with most training sessions during the week spent on the turbo, so it was definitely more quality over quantity. I also had a bit of a rocky start to the winter – I was smashed into from behind by a hit-and-run driver while training at the end of last August and wasn’t able to get back into training properly until mid-November. It was a rather grim few months but by the time we hit February I was pretty much back to full fitness and keen to get racing!

Of course things have changed now and there’s lots of uncertainty around. Training-wise, I’ve been getting out for solo rides and plan on doing Zwift racing to keep the intensity and motivation up, as I’m sure many others are. Fortunately our lecturers have worked out how to keep everything rolling online as normal as can be. It’s nice to have contact with the outside world and have something to do. I’m also really grateful to have the team (virtually) around.

I can’t wait to get back with everyone, whenever that may be…but for now I’ll keep on pedalling and swearing at the computer.

Thanks for reading! Hope everyone’s well and healthy,